I’m trialling a new part of my blog entitled ‘Supermarket Savvy’ where occasionally I will look at the back of packets and report on things which will help you buy paleo ingredients at the supermarket and save time reading every label. I should stress I will not be going to every supermarket and looking at all the products as I really don’t have the time. I will be reviewing things which I find at my local big supermarket which are branded so these will be in other supermarkets as well. A while ago I looked into coconut milk and this time I will be looking at dark chocolate.

One key thing to mention, for those who don’t know already, is that if the amount of each ingredient isn’t shown on the packet, they are descending order. So if ‘Water’ is the first ingredient you see then that ingredient makes up the biggest percentage of that product; I say water because if you look at cooked meats you’ll be very surprised.

We all love the fact that we can have dark chocolate in paleo eating, it’s great tasting, destroys sugar cravings (well it does for me) and is great to cook with (recipes coming soon). However have you ever looked on the back of what’s in the dark chocolate? Companies are trying to sneak in some non-paleo nasties into the dark chocolate. I recently had 100% dark chocolate and although this stuff is great, you can’t really cook with it without adding sugar, also it sucks all the moisture out of your mouth, plus it is really expensive.

So onto the review. Certain products I automatically excluded as they were no where near my standard of paleo food. There were four which came top, and all the chocolate is 85% dark, here’re the results:

There isn’t a huge difference between them but there are still some difference which are good to be aware of I feel. Personally I feel it’s a close competition between Green & Blacks and Lindt based on ingredients. I’m always wary when something says ‘fat-reduced’ or ‘low fat’ as to me that means they’ve done something to it to have less fat but probably upped the sugar content.

Overall you’re probably thinking it doesn’t matter, and you’re right it probably doesn’t in the long run, but I’d certainly avoid the Sainsbury’s own brand and divine chocolate and go for Lindt or Green & Blacks. Personally I go for the Lindt as it contains less carbohydrate and more protein than the Green & Blacks (19g vs 22g and 11g vs 9.2g), very pedantic I know but the scientist in me can’t help but compare the numbers.

If you have found a better more paleo dark chocolate please let me know, more recipes will follow soon I know I have been absent for quite some time. 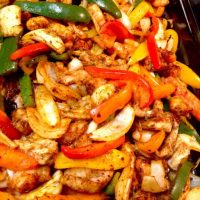 DON'T THINK ABOUT WHAT YOU CAN'T EAT...LET ME SHOW YOU WHAT YOU CAN EAT....Gluten Free/ Dairy Free/ Sugar Free/ Yeast Free

Gone Paleo (With the Occasional Faileo)

80/20 kitchen adventures of a girl who loves food just as much as she hates wall balls.

Clean Eating with a Dirty Mind

life without grains... WHEAT IS MURDER!